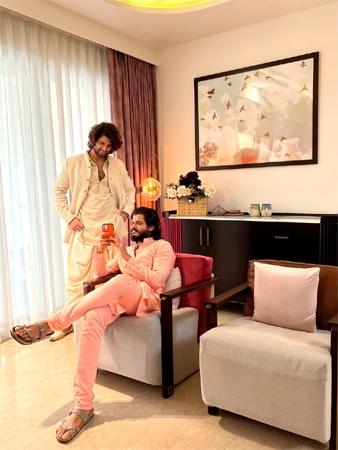 Pushpaka Vimanam has been in the news ever since the fun trailer of the film has gone viral. Vijay Devarakonda produces this film and he is going all out promoting the film in the last few days.

Vijay along with his brother, Anand is busy promoting the film even during the holidays. As it is Diwali weekend, the brothers posted a picture where they are seen talking to the fans online.

Pushpaka Vimanam is a small budget film and is about a school teacher who makes people believe that his missing wife is indeed living with him.