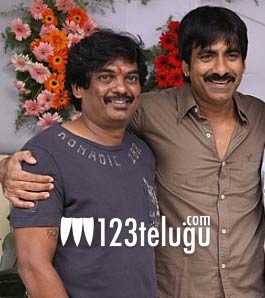 The principal shooting of Ravi Teja, Ileana starrer Devudu Chesina Manushulu began today in Ramoji Film City. Puri Jagannadh is directing the film and this is the fifth time that he’s collaborating with Ravi Teja in his career. BVSN Prasad is producing the film and Reliance Entertainment banner is presenting the film. The film will be shot in a single schedule which will go on till May 15. BVSN Prasad has announced that the film will hit the screens in June. “I have been planning to produce the film with Puri Jagannadh and Ravi Teja combination ever since I saw Idiot. I am happy that my dream has come true,” BVSN Prasad said. Raghu Kunche is composing the film’s music and he has already recording the songs. Popular singers Chinmayi and Suchitra have already sung couple of songs in the film.