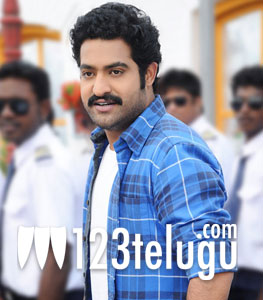 Young Tiger NTR’s mass action entertainer Dhammu is racing ahead with its shoot and the movie is all set to hit the screens on April 19th. The movie is said to contain good amounts of action, sentiment and comedy. In particular, the second half is said to be a laugh riot and sources familiar with the production say that movie lovers are in for a treat. Most of the comedy reportedly comes from NTR, Ali and Karthika.

Karthika is the second lead in the film and Trisha will be seen as the main heroine. Boyapati Sreenu is the director of this flick and Alexander Vallabha is the producer. The movie is being presented on Creative Commercials banner.