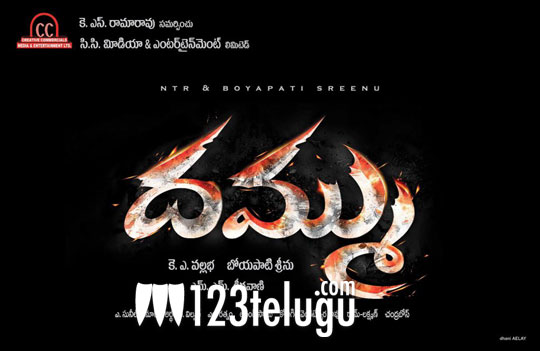 The official logo of Young Tiger NTR’s mass action entertainer ‘Dhammu’ has been officially unveiled today. The logo was revealed by the production team through their official social networking accounts. Dammu is currently being shot in director Boyapati Sreenu’s house and the lead actors, NTR and Trisha, are participating in the shoot.

The movie is gearing up for a release this April and the audio album is expected to be out on March 23rd. M.M.Keeravani has scored the music for this film.