Dhanush and Ram Charan are all praises for this Bollywood film’s trailer.
Published on Jun 28, 2022 10:00 pm IST 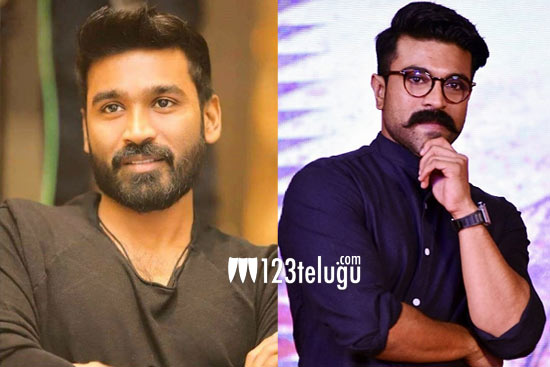 Recently the trailer of Akshay Kumar starrer ‘Raksha Bandan’ got released. The trailer was very well received by the netizens with over 60 million views on Youtube. Akshay Kumar is collaborating with Anand L Rai for the second time after Atrangi Re.

Now two superstars from the south are in awe of the film’s trailer. One is Tamil star hero Dhanush and the other is Mega Power Star Ram Charan.

Dhanush earlier collaborated with Anand L Rai for Raanjhanaa and Atrangi Re. The actor expressed that the film will repeat the magic of Anand L Rai’s films and conveyed his best wishes to the movie team.

Ram Charan took to his Twitter handle to express his opinion. He mentioned that the brother and sister bond has been captured quite beautifully in the film’s trailer and conveyed his wishes on the director’s birthday. Bhumi Pednekar plays the female lead. The film will be released in theatres on August 11.

Raksha Bandhan .. looks like yet another @aanandlrai , Himanshu Sharma magic show !! All the best to @akshaykumar sir @bhumipednekar and the whole cast and crew. https://t.co/Hp5Xk2vp9s

What a trailer @akshaykumar Sir!
The beautiful and sacred bond of a brother and sister is incredibly captured in the trailerhttps://t.co/RKmK5i50E8