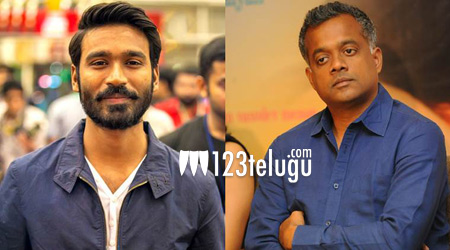 Dhanush is doing some very interesting films off late and one among them is Gautam Menon’s Enai Noki Paayum Thota. The latest update from Chennai reveals that the first look of the film will be released on the 27th of this month.

The film has music by A R Rahman and is currently on floors. Touted Megha Akash is cast as the female lead in this film which is touted to be a romantic thriller.

Gautam, who is high on the success of his latest film Sahasam Swasaga Sagipo has plans to dub this film in Telugu as well.