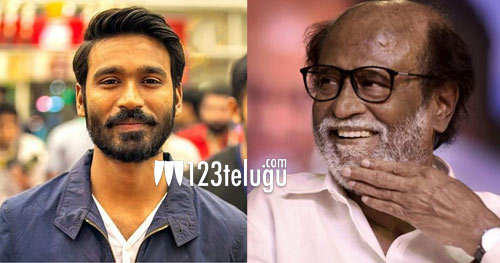 Rajinikanth is making his fans happy by doing films in a back to back manner. His 168th film in the direction of Shiva is underway in Hyderabad’s RFC from the last few days.

Now, the latest info is that Rajini’s son in law, Dhanush is all set to produce one more film with Rajini very soon. This will be Rajini’s 169th project and will also be co-produced by Kalaipuli S Thaanu under the banner of Wunderbar films & V creations.

Dhanush earlier made Kaala with Rajini. The director as to who will make this film has been kept a secret as of now. Rajini is all set to release his new film Darbar which will be out on the 9th of January 2020.