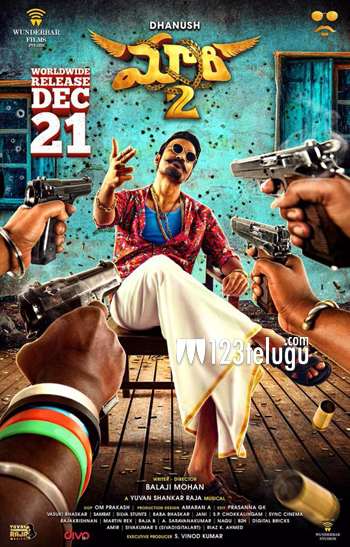 We had reported last weekend that Tamil star Dhanush and talented young actress Sai Pallavi’s upcoming gangster comedy, Maari 2, will simultaneously release in Telugu and Tamil on December 21. Maari 2 is a sequel to the 2015 action comedy, Maari.

This afternoon, Dhanush took to Twitter and released a poster announcing that the trailer for Maari 2’s Telugu version will be released at 6 pm today (Dec 11). Balaji Mohan has directed the film and Dhanush himself has produced it.