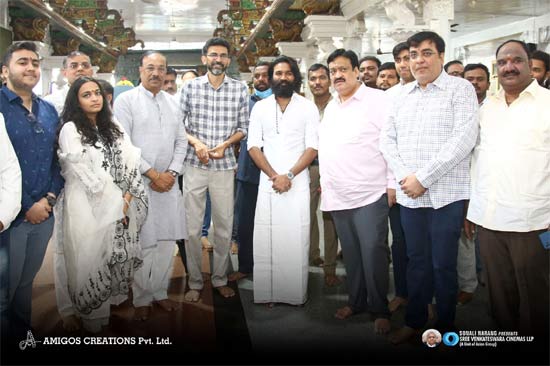 It’s been more than a year one year since the National award-winning director Sekhar Kammula announced his film with the star performer Dhanush. Finally, the movie gets launched today in Hyderabad.

Dhanush came to Hyderabad to attend the pooja ceremony of his next with Sekhar Kammula. Sonali Narang presents the yet-to-be-titled movie that has been launched grandly today with a pooja ceremony. The team is in talks with some very big names of various languages and a top-notch technical team which will be announced very soon. Other details of the project will be unveiled later.

The crazy film will be shot and released simultaneously in Telugu, Tamil, and Hindi languages. With the blessings of Narayan Das K Narang, the film will be produced on a grand scale by Suniel Narang, and Puskur Ram Mohan Rao of the accomplished production house Sree Venkateswara Cinemas LLP together with Amigos Creations Pvt Ltd.

The Remarkable Moment is here for the Path Breaking Combo🌟