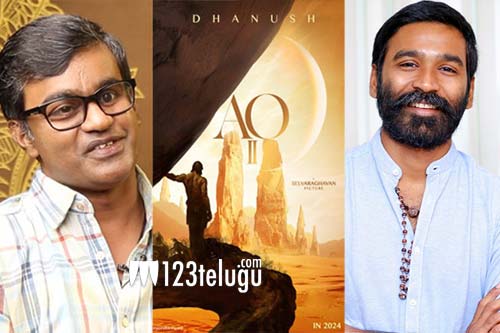 In a massive announcement on the New Year day, star Kollywood actor-director brothers duo, Dhanush and Selvaraghavan, revealed that they will be coming up with a sequel to Selva’s 2010 cult socio-fantasy magnum opus, Aayirathil Oruvan (Yuganiki Okkadu in Telugu). The project will take at least a year for pre-production itself and the theatrical release will be in 2024.

Going by the teaser poster that was released by Selvaraghavan, AO2’s story seems to be about the return of the Chozha Prince. This means that the sequel will begin where its predecessor ended, with hero Karthi taking the Chozha Prince into the forests to save him from the Pandyas.

Yuvan Shankar Raja will compose the soundtrack for Aayirathil Oruvan 2 and ace cinematographer Aravind Krishna will crank the camera. Kalaipuli S Thanu will be bankrolling this ambitious project.

A magnum opus !! The pre production alone will take us a year. But a dream film from the master @selvaraghavan ! The wait will be long. But we will give our best to make it all worth it. AO2 ..The Prince returns in 2024 https://t.co/HBTXeN66iA