Dhanush teams up with Akshay for his Bollywood comeback film
Published on Jan 30, 2020 10:04 am IST 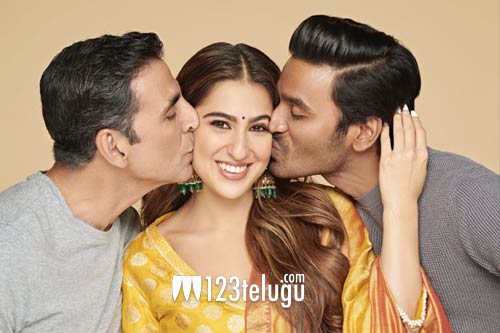 National award-winning Tamil star Dhanush had made his Bollywood debut with the 2013 romantic drama, Raanjhaanaa. He later co-starred with Amitabh Bachchan in the 2015 drama, Shamitabh.

Now, after nearly 5 years, Dhanush is all set for his Bollywood comeback with a biggie. His third Hindi flick has been announced today and it also features leading hero Akshay Kumar and young actress Sara Ali Khan. The film has been titled Atrangi Re.

Dhanush’s Raanjhaanaa’s director Aanand L Rai will direct Atrangi Re and AR Rahman will compose the music. The shoot will begin on March 1st.