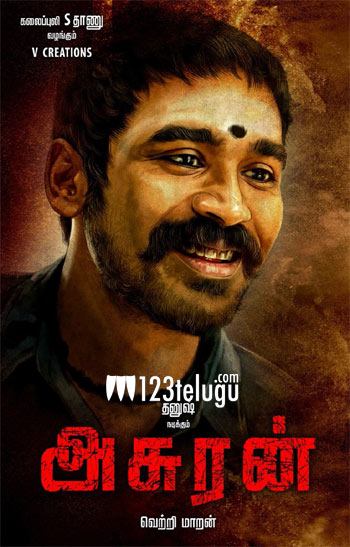 Dhanush and Vetrimaaran are all set to team up once again. The duo had earlier worked together for Polladhavan, Aadukalam, and earlier this year, their third film, Vada Chennai went on to become a critical and commercial success.

Now, the two will be teaming up for a film titled Asuran. Dhanush, who is elated with the openings for his latest film Maari 2, announced that he will soon start working on Asuran, and the film is likely to release sometime in late 2019.

Not much has been revealed about the film, so far; however, Dhanush revealed that Kalaippuli S Thanu is going to produce it. It remains to be seen what the subject of this upcoming film is going to be.

As #maari2’s success news is pouring in from everywhere , I’m delighted to announce my next with @VetriMaaran #Asuran .. will be produced by @theVcreations thanu sir. pic.twitter.com/O2encUqAcu