Dhanush will shock you in Jagame Thandiram-Karthik Subbaraj
Published on Jun 18, 2021 1:00 am IST 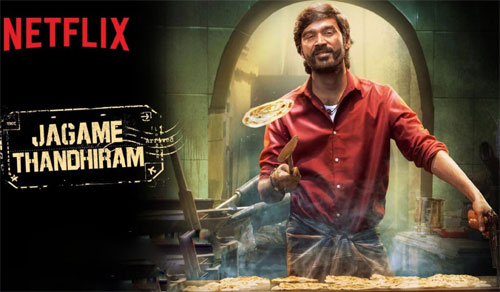 Jagame Thandiram is a film that will be out on Netflix tomorrow. So, as a part of it, the promotions of the film were done in a unique manner.

A virtual pre-release event kind of a thing happened where the Pan-India press and fans participated in it. The star cast also made it through this event.

Speaking about the film, Karthik Subbaraj said that he wanted to maker this film with Dhanush for the last six years but that did not happen.

Initially, the film was set in New York but as things did not work, they chose London as the backdrop. Dhanush will be seen in a crazy don’s role in this film and he will shock you said Karthik.