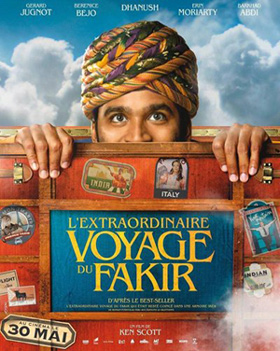 Dhanush made his Hollywood debut with a film called The Extraordinary Journey of the Fakir. The latest we hear is that this film has won the Ray of Sunshine award at Norwegian International Film Festival in Haugesund, Norway.

The film is set in the backdrop of Mumbai and Paris. Dhanush is seen as a street magician in this film which is directed by noted Canadian filmmaker Ken Scott.

123telugu.com congratulates Dhanush and team for winning this prestigious award.