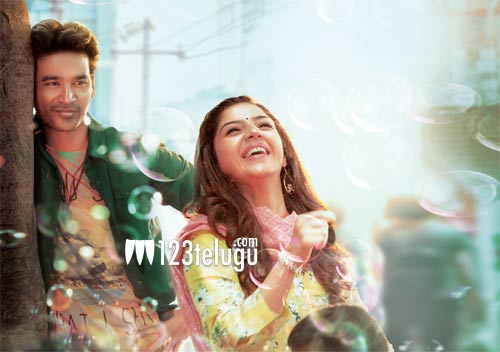 Dhanush’s Pongal hit, Pattas, is being released in Telugu as ‘Local Boy’. The film’s story is set against the backdrop of Adimurai, an ancient martial art that was practiced in Tamil Nadu. Dhanush will be seen in dual roles in the movie.

Local Boy is slated to hit screens across the twin Telugu states on February 28. The film has Mehreen Pirzada and Sneha as Dhanush’s love interests. Directed by Durai Senthilkumar, this mass entertainer is being presented in Telugu by Vigneshwara Entertainments’ Ch Satish Kumar.