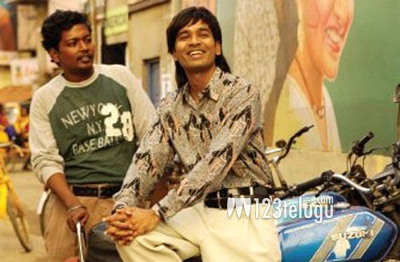 Earlier today, we reported about the first look of Dhanush’s Vada Chennai. The film is a prestigious project and will be made in three parts. As reported, the first part has been wrapped up and will be released soon.

The latest we hear is that Dhanush will be showcased from the age of 15 to 30 in the first part of the film. All the scenes that are related to his age difference have been shot in a very realistic manner say sources.

Critically acclaimed director, Vetrimaran is helming this film which is Dhanush’s most prestigious project to date as the talented actor has been raving about the film for quite some time now.