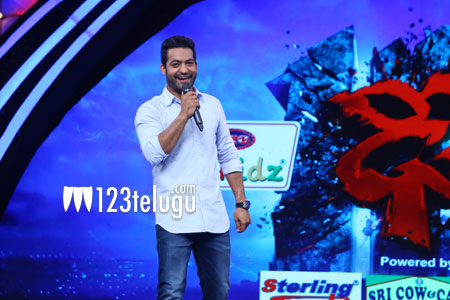 We had already reported how fans and general public enjoyed the grand finale of Dhee10 which was graced by NTR. The star hero had a superb time on the show which became hugely popular.

Now, the latest we hear is that the show has delivered a superb TRP’s of 13.9 which is superb. The finals were held on a massive scale and the performances showcased were of top-class and even stunned NTR.

Credit should also go to NTR for being a terrific judge and creating a superb buzz for the show which was watched by many.