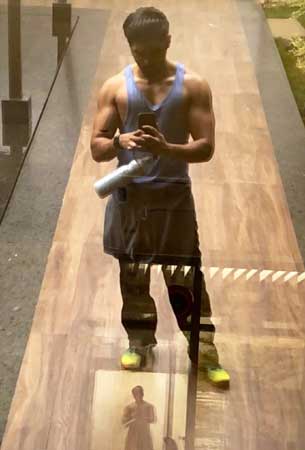 A film in the combination of Tamil star Vikram and acclaimed director Karthik Subbaraj was officially announced recently. The film also stars Vikram’s son Dhruv Vikram as one of the leads.

Meanwhile, the latest news is that Dhruv has already started working on his physique for the film. A picture of Dhruv working out in the gym and showing off his neatly toned biceps is circulating on social media.

Rumored to be a gangster drama, the film is tentatively titled Vikram60. Rockstar Anirudh Ravichander will be scoring the music for the film.