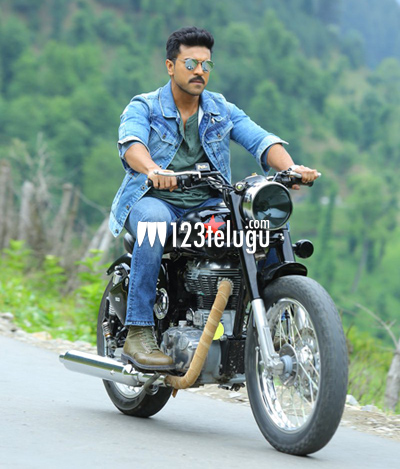 Now that the release date is nearing soon, the Dhruva has caught on big time. The team has taken the promotions quite seriously and have been releasing some very interesting snaps from the film.

A small teaser has also been released in all over the theatres in both the Telugu states. Ram Charan’s cool looks as a tough cop have created a cute excitement among the viewers.