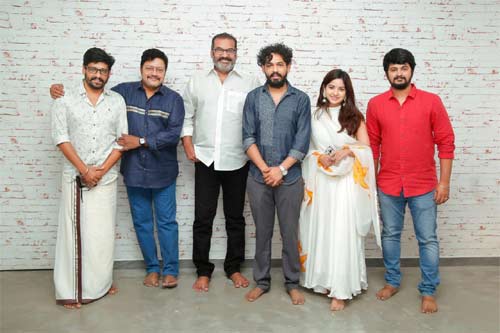 Young Tamil music composer Hip-hop Tamizha, who composed music for Ram Charan’s Dhruva turned into an actor and has been continuously signing films. In the process, Tamizha’s new project had a formal launch ceremony today.

Getting into details, the film has been titled, Anbarivu and will be helmed by Aswin Raam. The film also stars Napolean, Vidharth, Kashmira, Urvashi, Saikumar, and Dheena in key roles.