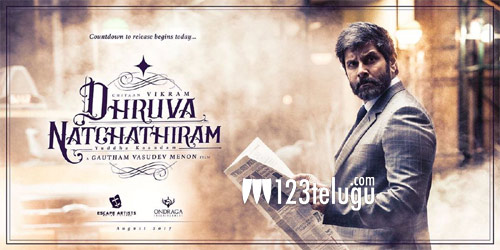 Tamil star Chiyaan Vikram and director Gautham Menon’s ongoing spy thriller, Dhruva Natchathiram, is fast nearing completion. The film’s theatrical trailer will be out in February, while the movie is slated for release on May 19.

Recently, a section of media began reporting that Vikram has been demanding extra remuneration to complete the remaining portions of Dhruva Natchathiram. However, the film’s makers are quick to refute these rumors. They said that Vikram has not demanded any extra pay and that he has been more than supporting even though the movie was delayed beyond its original schedule. The makers further added that Vikram’s commitment towards filmmaking cannot be questioned.

Dhruva Natchathiram stars Telugu beauties Ritu Varma and Aishwarya Rajesh as the female leads. Harris Jayaraj is composing music and Gautham Menon himself is producing the movie along with Kondaduvom Entertainment banner.