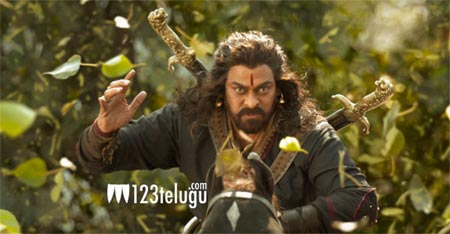 The most prestigious film of Chiranjeevi, Sye Raa is nearing its completion soon. The latest we hear is that the film will have some of the most powerful dialogues in recent times.

Sai Madhav Burra is working on the dialogues and sources close to him reveal that there are some patriotic dialogues that will be epic and will be on everyone’s mind even in the coming years as well.

The film has a British empire setup and those dialogues mouthed by Chiranjeevi regarding the British empire is set to give goosebumps to the fans in a big way while watching the film.

Sye Raa is directed by Surender Reddy and has Nayanthara and Tamannah as the female leads.