Different screenplay is the highlight of Kurukshetram: Arjun
Published on Jun 25, 2017 6:02 pm IST 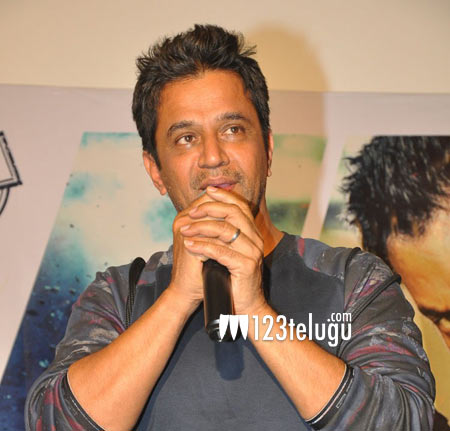 The teaser of senior hero Action King Arjun’s 150th film, Kurukshetram, was unveiled at an event today in Hyderabad. Speaking on this occasion, Arjun said that he signed the film after being bowled by its different screenplay. The Action King went on to say that screenplay will be the main highlight of Kurukshetram.

The intriguing and stylishly shot teaser showcases Arjun, a cop, who is on a mission to nab a serial psycho killer who kills some of the famous people in town in a peculiar way. Kurukshetram is slated for its release on July 7th.

Arun Vaidyanathan has directed this film, which also stars Prasanna, Varalaxmi Sarathkumar and Suman in prominent roles. Passion Studios is presenting the film.