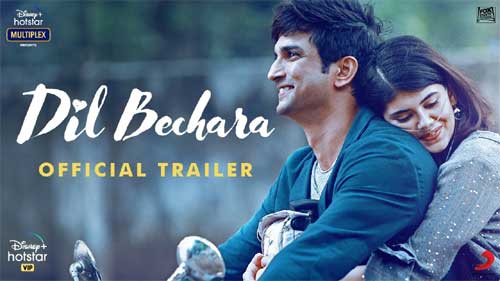 Released around a week ago, the trailer for Bollywood star Sushant Singh Rajput’s last film, Dil Bechara, has now set a new world record. The trailer has amassed more than 10 million likes from over 69 million views, which is a humongous feat no other trailer could pull off so far.

Dil Bechara is based on the best selling book ‘The Fault in Our Stars’. Also starring Sanjana Sanghi as the female lead, the film has been directed by noted Casting Director Mukesh Chhabra and produced under Fox Star Studios.

Dil Bechara’s audio album, composed by AR Rahman, has been a huge success already. Dil Bechara will have its world digital premiere on Disney Plus Hotstar on July 24.