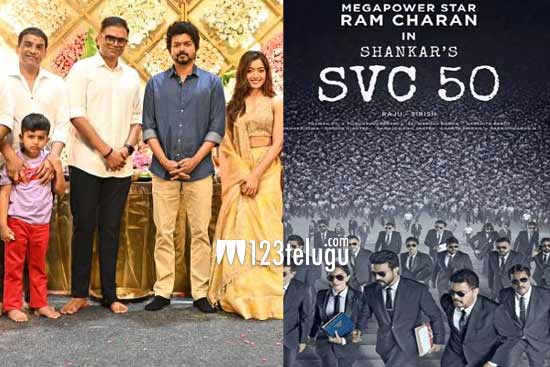 Earlier, Dil Raju, who is bankrolling Ram Charan and Shankar’s RC15 announced that the film will be releasing in theatres during 2023 Sankranthi season.

The latest news is that Dil Raju has apparently allotted RC15’s Sankranthi 2023 release slot to his recently announced Thalapathy66, which will mark the coming together of Tamil star Vijay and Vamshi Paidipally.

As per a few reliable reports from Tamil media personalities, Dil Raju is aiming Thalapathy66 for 2023 Sankranthi season and RC15’s release will be pushed to summer 2023.

But it is too early to comment about the release plans of RC15 and Thalapathy66 just yet.