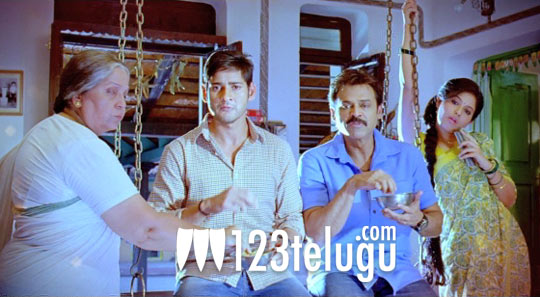 Producer Dil Raju, who is behind the prestigious multi-starrer project ‘Seethamma Vakitlo Sirimalle Chettu’, has confirmed that the movie will release on December 21st worldwide. “Shooting is currently going on and all scenes will be wrapped up by November. We are going for a release on December 21st”, he said to a Telugu news paper.

Dil Raju’s statement assumes significance since there were some reports recently suggesting a Sankranthi release for the movie. Victory Venkatesh and Superstar Mahesh Babu are the heroes in this film. Anjali and Samantha will be seen as the female leads.

Srikanth Addala is the director of this movie and Micky J Meyer has scored the music. The family drama is being eagerly awaited by people as it is the first big multi-starrer project in the industry in nearly two decades.