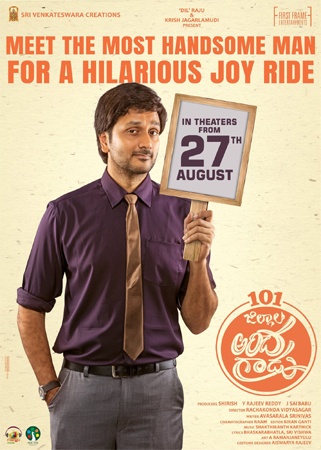 Nootokka Jillala Andagadu features Punjabi beauty Ruhani Sharma as the female lead. Debutant Sagar Rachakonda has directed the film, while Shakthikanth has composed the music. The film is touted as a hilarious entertainer. Srinivas Avasarala himself has penned the script. Stay tuned for further details about the film’s teaser and trailer.