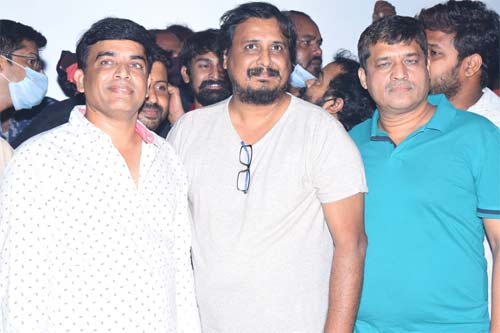 The fans and general audience were a bit upset with Dil Raju saying that he was not promoting Vakeel Saab well as the film is coming out on April 9.

Social media was abuzz with so many trolls and memes about the dull promotions for Pawan Kalyan’s comeback film. But being the master he is, Dil Raju changed everything in just one day.

He played the masterstroke of releasing the trailer on the big screen and allowed fans to watch it for free. This created a solid hysteria and a festival kind of atmosphere everywhere.

He also personally launched the trailer on a single screen making things quite sensational. By doing this, Dil Raju once again proved that he is the master when it comes to making films and keeping them in the news.