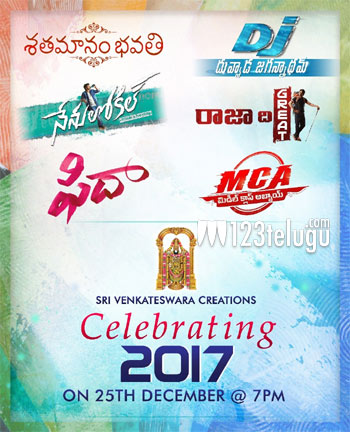 One of Tollywood’s leading producers Dil Raju is a happy man these days. His latest release, Middle Class Abbayi (MCA), is collecting decent shares in the twin Telugu states and in overseas. The hotshot producer is ending the year in style after scoring a double hat-trick.

Dil Raju has planned a grand celebratory event on December 25 at 7 pm with the cast and crew members of all the 6 movies that he produced in 2017. The core teams of Shatamanam Bhavathi, DJ, Nenu Local, Fidaa, Raja The Great, including MCA’s team, will take part in this event.