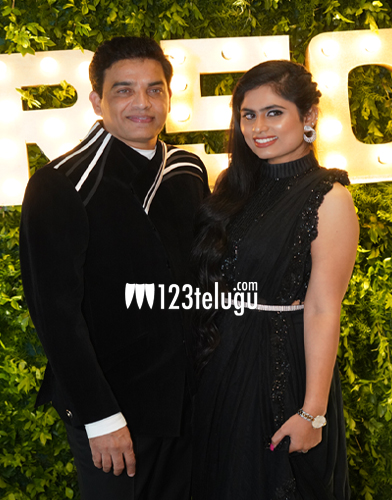 Dil Raju is one of the top producers in the industry. He has been there in the industry for the last 25 years and he celebrated his 50th birthday as well yesterday. As we have reported, his daughter threw a special bash for the industry people.

In fact, there were two bashes yesterday. One was hosted by Dil Raju for the media in FNCC and the other hosted by his daughter at her residence. Dressed in a black suit, Dil Raju made an entry along with his new wife who looked beautiful

The news is that the best food and drinks were served at this party that was held on a very private note. Even the Bollywood media is covering this bash which has now become a hot topic in the Hindi film circles.