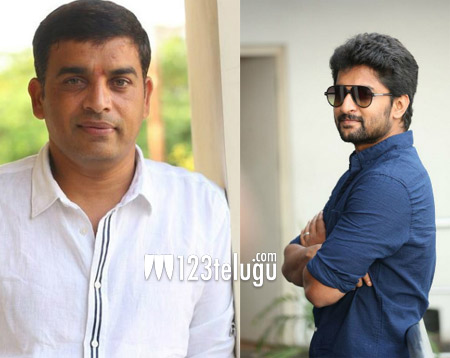 It’s widely known that Natural Star, Nani, is currently busy with two crazy projects Middle Class Abbay and Krishnarjuna Yuddham. While MCA is scheduled for a December 21st release, the makers of Krishnarjuna Yuddham are planning to release the film in February.

Meanwhile, the latest buzz is that top producer Dil Raju, who is producing MCA has also bagged the distribution rights of Krishnarjuna Yuddham by offering a fancy prize. Krishnarjuna Yuddham is going to be a special treat for the audience as Nani will be seen in dual avatars.

Anupama Parameswaran is the film’s leading lady. Merlapaka Gandhi is directing this film and Sahu Garapati and Harish Peddi Shine are producing it under Shine Screens banner.