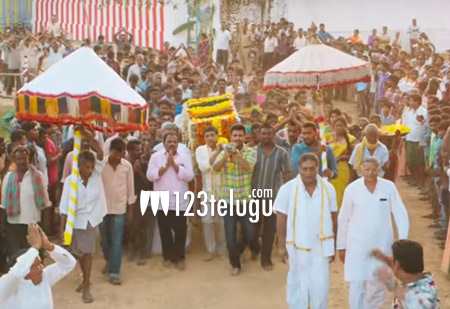 Sharwanand’s latest flick, Shatamanambhavati is confirmed for a January 14th release. This film’s theatrical trailer was released today and impressive everyone big time.

As a surprise element, the film’s producer, Dil Raju was seen in the trailer for a while and raised doubts in the audience mind whether he is doing any cameo in the movie.

Anyways, we have to wait till January 14th to see whether Dil Raju acted in the movie or he just appeared for that one single shot.