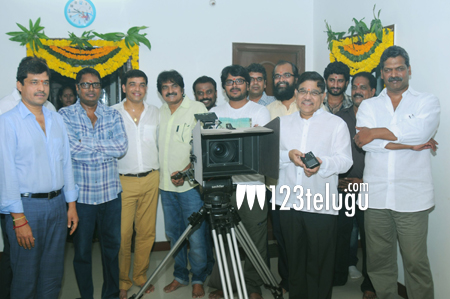 Dil Raju’s next production venture, ‘Kerintha’ went on floors today. This movie is a family entertainer which will have all new comers.Sai Kiran Adivi of Vinayakudu fame, is the director of this film.

Speaking about the film, Dil Raju said, “The script work for this movie has been going on for 2 years and we are now ready to go. All the roles will be played by new comers and this movie will have a lot of freshness like our earlier movies Arya and Bommarillu. The regular shooting for this film will start on June 23 and go on till September. The movie will be released in October.”