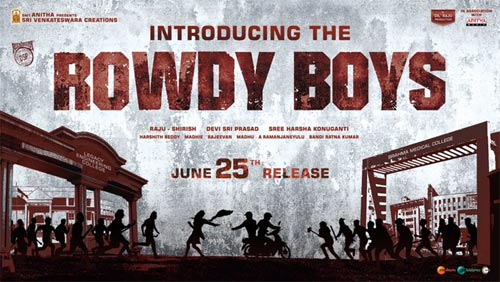 The makers of top producer Dil Raju’s nephew Ashish Reddy’s debut film as a hero, Rowdy Boys, have just launched the motion poster to introduce the film’s main theme and backdrop. As the title suggests, Rowdy Boys is a youthful campus entertainer and it is set in the backdrop of the clashes between the students of a medical college and an engineering college.

Rowdy Boys has young Malayalam beauty Anupama Parameswaran as the leading lady. Hushaaru director Sree Harsha Konuganti will be directing the movie. The makers have also locked the film’s release date as June 25th. Devi Sri Prasad is composing the soundtrack for the movie.