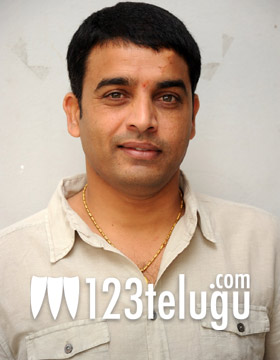 Dil Raju is one producer who has made a huge mark in Tollywood. In no time he has become a hot shot producer who is producing more than one a film at a time. Lately he is working with all the biggest stars in Tollywood and also giving breaks to many new comers. Currently he is busy producing two films with Venkatesh, Mahesh Babu and Ram Charan.

Venkatesh and Mahesh Babu star in ‘Seethamma Vakitlo Sirimalle Chettu’ which is directed by Srikanth Addala, where as ‘Yeavdu’ which is directed by Vamsi Paidipalli, stars the newly married Ram Charan. Shooting of these two films is going on simultaneously on a brisk pace making Dil Raju shuffle between two movie units and three huge stars in Tollywood. And if looked at the way all his projects are shaping up and the list of other new movies lined up, Dil Raju is one man who has success written all over him in the future.