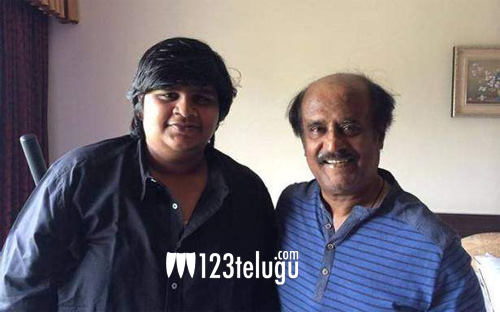 Before he took off to Himalayas for a short trip, Rajinikanth surprised everyone by signing a film to be directed by Karthik Subbaraj. Best known for his films like Pizza and Jigarthanda, Karthik is also one of the youngest filmmakers to get a chance to work with Superstar Rajinikanth. And he knows what a big responsibility it is to work with Rajinikanth.

“I was very keen to cast Rajinikanth in Jigarthanda, but I couldn’t get a chance. In a way, the role of Bobby Simha was inspired from Rajinikanth’s style and the Superstar himself acknowledged that he saw himself in the role,” Karthik Subbaraj said. Apparently, it wasn’t until Pa Ranjit made Kabali with Rajinikanth that Karthik get the courage to approach the Superstar for a film.

“He loved the script instantly. It is going to be a realistic action film with elements that one expects from a Rajinikanth’s film. It is a dream come true to work with him,” the young director added. The film is likely to go on floors later this summer. More details about the cast and crew are awaited.