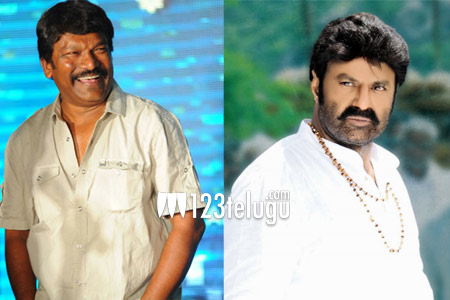 From the past few weeks, there was a huge speculation as to who will direct Balayya’s 100th film. Names of several directors made the rounds but looks like creative director Krishna Vamsi has bagged the golden opportunity.

Reports reveal that Krishna Vamsi had recently narrated a script to Balayya which the later had liked immensely and immedieatly gave the nod. The pre-production of the film is currently on and reports reveal that both Nara Rohit and Tarakaratna will play important roles in the film.

While Nara Rohit will be seen in a guest role, Tarakaratna plays the role of a bad guy. Now that the project is confirmed, it would really interesting to see how Krishna Vamsi presents Balayya in his most prestigious film till date

Keep watching this space for more updates on this project.