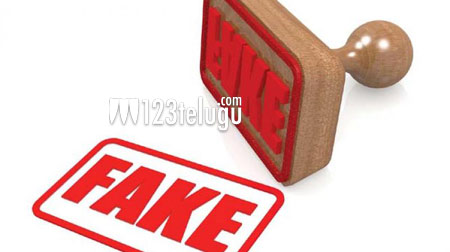 A highly unusual case has come up before police officials in Hyderabad. A director has reportedly forged the signature of a producer, to illegally sell the rights of a film!

According to information released by the Punjagutta Police Station, a case was filed by producer Jana Rama Rao on director Mahanthy Padmarao. The producer made a film titled ‘Ammayilu Take Care’.

The director reportedly forged the signature of the producer and changed the film’s name to ‘Vaadu Veedu O Kalpana’. He sold the rights to a guy named Satish Chowdary and the film’s audio launch was also held recently!

A shocked producer then rushed to the police station to submit proofs and seek justice in the matter. The director has been arrested and investigation is currently on.