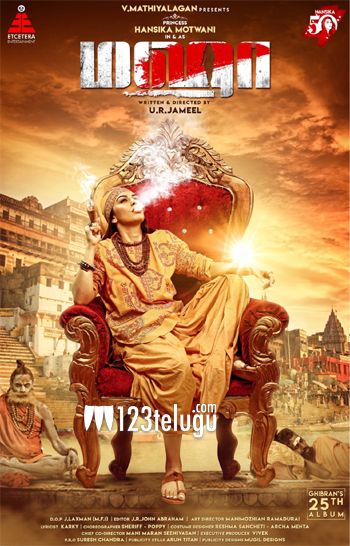 Young heroine Hansika’s prestigious 50th project Maha went on floors recently. On this occasion, the makers had unveiled a couple of special posters, and one of those posters has been mired in an unexpected controversy for the last few days.

The controversial poster showcased Hansika in a sadhu avatar and she was smoking from a chillum with several sadhus sitting at her feet with Varanasi as the backdrop. A case was filed against Hansika and the film’s makers at a court in Tamil Nadu.

Meanwhile, Maha’s director UR Jameel responded to the controversy and requested everyone to not give a religious color to the poster. Jameel said that his intentions were not to hurt Hindus’ sentiments and that he only tried to see the humanity in religions.