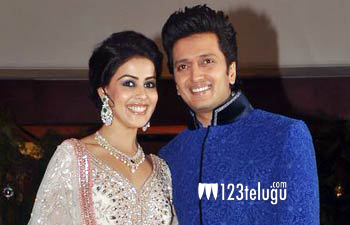 After a successful career in the South and in Bollywood, Bommarillu actress Genelia is now happily married to Bollywood star Riteish Deshmukh. The bubbly actress gave birth to her second son recently.

Ever since Riteish said recently that he is eagerly awaiting his wife’s comeback to movies, there have been numerous reports about Genelia returning to movies with a Tamil film.

Gossipmongers have been abuzz with the rumour that Genelia’s comeback Tamil movie will be directed by Rambhala, who recently said that he is keen on roping her in for his next project with GV Prakash.

However, the director refuted these rumours and said that he has never approached Genelia for his film and that just because he said that he wants to work with a bubbly actress like Genelia, it doesn’t mean that he will sign her on.