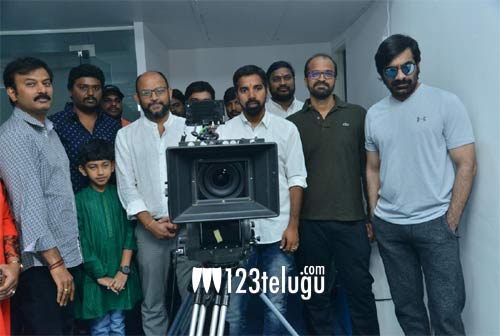 After various speculations surrounding the commencement of shoot of Ravi Teja’s Disco Raja, an official announcement is finally here.

On Monday, the film had its muhurtam, the official launch in Hyderabad where it has been announced that shooting begins from tomorrow.

To be produced by Ram Talluri, the film will be directed by Vi Anand and is set to star Nabha Natesh and Payal Rajput in lead roles.

With music by Thaman, the film has dialogues by Abburi Ravi.