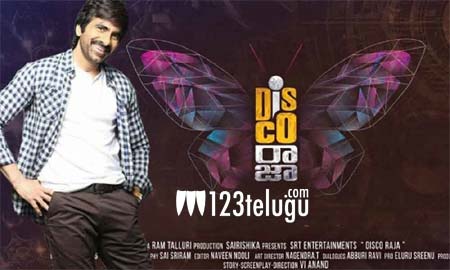 All eyes are on the teaser for Disco Raja, a sci-fi action thriller starring Ravi Teja as the main lead. The makers announced last night that the teaser will be out on December 6. The film’s promotions will kick-start in a grand way with the teaser launch. Ravi Teja’s dual avatars may be showcased in the teaser.

On the other hand, hotshot music composer Thaman, who is collaborating with Ravi Teja for a record eleventh time since his debut film Kick, took to Twitter last night and assured all the excited fans that “something exciting” is in the offing very soon. Thaman was indeed talking about the teaser.

Thaman has literally been lifting several movies with his songs and background score of late. We will have to wait until the teaser launch to what he is up to this time around. This VI Anand directorial also features Payal Rajput, Nabha Natesh and Tanya Hope as the female leads. Ram Ralluri is the producer. The film is hitting screens on January 24.