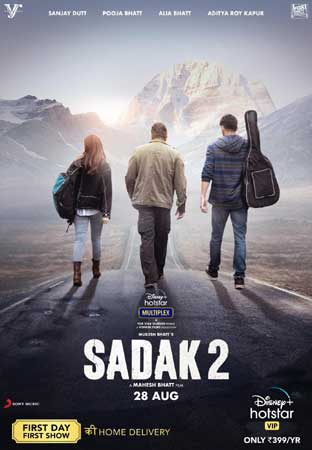 It is already reported that noted OTT platform Disney Plus Hotstar has acquired the streaming rights of seven Bollywood films. Out of seven, two films Dil Bechara and Lootcase are already premiered on streaming channel on July 24th and July 31st, respectively.

Recently, Disney has announced that Vidyut Jammwal’s Khuda Haafiz will be premiered on August 14th. Now, the latest news is that Mahesh Bhatt’s Sadak 2 will release on the digital platform on August 28th.

Starring Sanjay Dutt, Aditya Roy Kapur, and Alia Bhatt in the lead roles, the film is said to be a soulful drama.