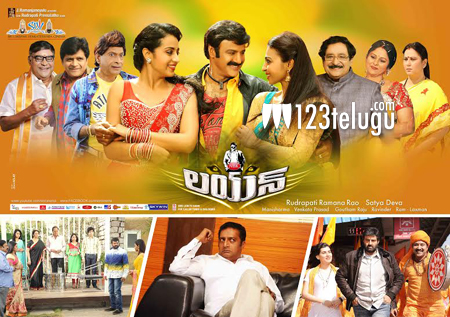 Nandamuri Balakrishna’s Lion opened to some mixed reviews at the box office. But to everyone’s surprise, the film is doing decent business at some B and C centers of both the Telugu states.

Certain distributors who have bought the film are already in safe zone, and the rest will recover their money by the end of this week. This response once again proves Balakrishna’s star power and charisma in the mass centers.

Directed by Satyadeva, Lion has Trisha and Radhika Apte as the female leads. Mani Sharma is the music composer.