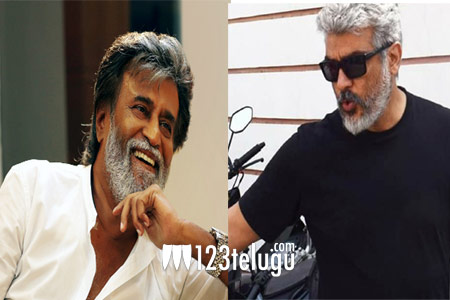 Ajith’s Viswasam is slated for a Pongal release in January and the post-production formalities are on in full swing. In the meantime, even Rajinikanth’s Petta has also completed its shoot and the makers, Sun Pictures are planning to release the film during the same Pongal festival.

Though this move is not being liked by some distributors as they will lose out on money, both the teams are working to release the film on the same date. This has not happened many times before as such big stars like Ajith and Rajinikanth have come on the same day.

But the trade experts in Tamil Nadu say that as the theaters have vastly increased in the last year or so, both the films can easily release on the same day and make good money.