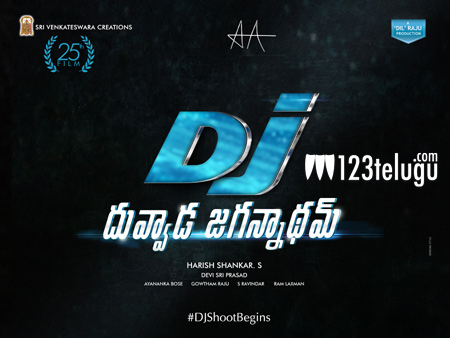 We had already reported that the shooting of Allu Arjun’s DJ was halted for a while for the Sankranthi festival. The latest news is that the crew is back at the sets and the shoot is going on in full swing.

After Sarrainodu, Allu Arjun will once again be seen in an aggressive role in this film. Harish Shankar has always been knowing for showcasing star heroes in a unique way and reports suggest that Bunny will once again impress everyone with his stunning performance.

Pooka Hegde is cast as the female lead in this film which is produced by Dil Raju.