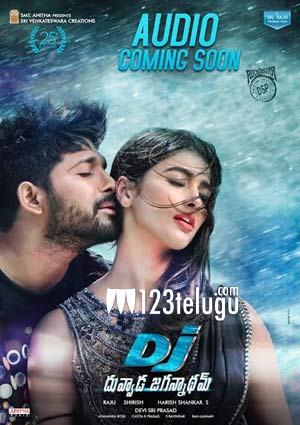 Post the success of Sarrainodu, Allu Arjun has undoubtedly become a huge star. Right from his film’s trailers to songs and the business that his films do, everything has increased in the recent times.

Now, Bunny is back with a very interesting film called DJ. The film is nearing its completion and the pre-release business is currently underway. Sources close to us reveal that distributors are shelling some good amounts to buy DJ’s rights.

The latest we hear that the ceded rights of the film have been sold for over 11 crores to noted producer N V Prasad. Bunny has a huge following among the youth and his films take superb openings in both Karnataka and Kerala.

DJ is expected to release soon and producer Dil Raju is making sure that his film gets the maximum benefit because of Bunny’s presence. The action entertainer is directed by Harish Shankar.