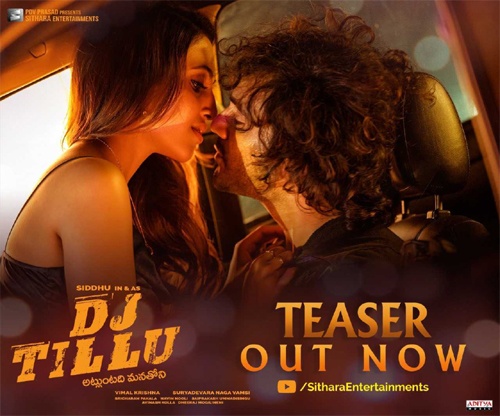 The teaser for young hero Siddhu Jonnalagadda and Neha Shetty’s upcoming youthful entertainer, DJ Tillu, has been released just a while ago. The teaser is slickly cut and loaded with peppy music.

Siddhu’s flamboyant characterization of an Old City DJ named Tillu and his romantic escapades on a fateful night generate quirky and tongue-in-cheek humor. The dialogues penned by Siddhu and Sri Charan Pakala’s soundtrack add to the fun factor. On the whole, the teaser succeeds in raising the curiously levels.

DJ Tillu is being directed by debutant Vimal Krishna. Siddhu has penned the screenplay and dialogues. Young hero Prince Cecil is playing a key role in this Naga Vamsi production. The film is slated for release in October. PDV Prasad is presenting the film.