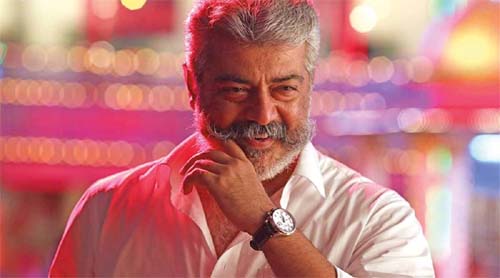 It is nothing new to fans to call their favourite actors with many prefixes. But, now a Kollywood top hero wants his fans and others not to add any prefixes before his name. The actor is Ajith Kumar.

Ajith who is well known for his simplicity has released a press note requesting his fans, public, and media not to call him ‘Thala’.

Besides, he also mentioned that he wanted everyone to call him Ajith, Ajith Kumar, or AK. He also added that he is wishing everyone’s life to be filled with good health and success.

The actor’s next film Valimai, directed by H. Vinod and produced by Boney Kapoor is scheduled to release in theaters on Sankranthi 2022. 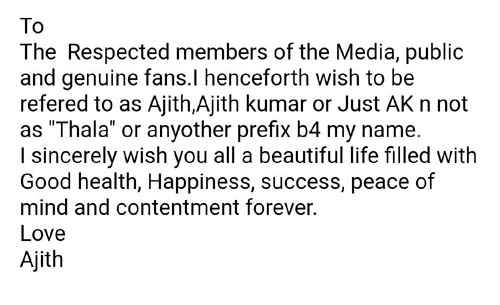