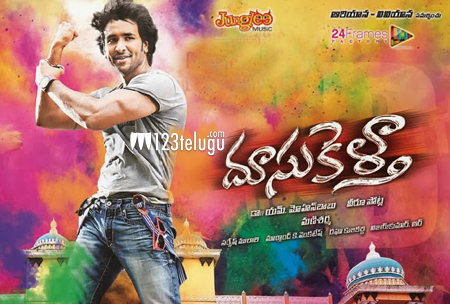 Manchu Vishnu’s humorous action entertainer, ‘Doosukeltha’, has received an A certificate from the censor board. The movie is has completed its censor formalities today and it will hit the screens on October 17th. ‘Doosukeltha’ was originally scheduled for a Dussehra release, but it has been postponed to 17th due to the political agitation in the state.

Vishnu and ‘Andhala Rakshasi’ fame Lavanya will be seen as the lead actors in this film. The movie is expected to have a high comedy quotient and comedy stars like Brahmanandam and Vennela Kishore have good screen time.

Veeru Potla is the director of this movie and Manisharma is the music director. Vishnu is producing this film on his home banner.